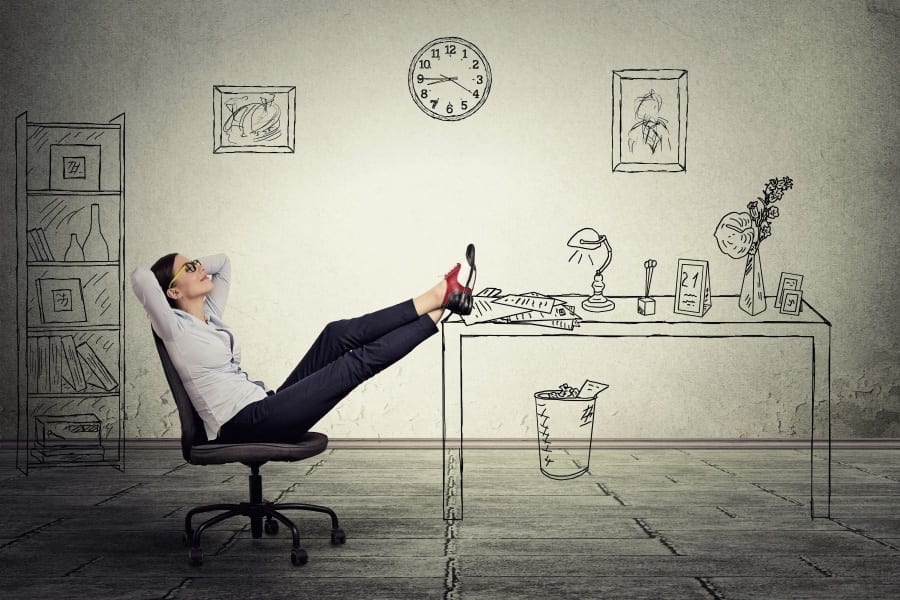 Stephen King, who might just be the most prolific writer of all time, penned his own take on procrastination and finding the motivation to get work done: “Amateurs sit and wait for inspiration, the rest of us just get up and go to work.”

That’s all well and good, Mr. King—but a 2014 study from StudyMode discovered that, out of 1,300 students who were surveyed, about 87 percent of them said they procrastinated on school assignments. So what are 87 percent of students to do about this?

In this blog, the study guide experts at SpeedyPrep will give procrastinating students (we’re looking at you) a few tips to beat procrastination and the stress that comes with it—once and for all. 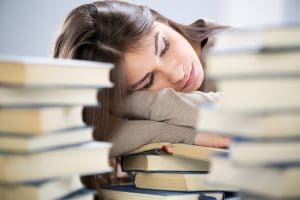 Take things one step at a time.

Breaking down your tasks into smaller, more manageable chunks will help you get a faster start to the task at hand, and will make you feel less stressed as you go. Before you know it, you’ll be more than halfway through your task, and at that point, you’ll feel like you have no choice but to get the job done.

The hardest part is always getting started—so break things down into smaller pieces, take it one step at a time, and say goodbye to procrastination.

What happens to those who obsess over perfection on a project, but don’t know how to achieve perfection? Chances are that these people will not start on the project at all—or even worse, wait until the very last minute to work on a project that’s subpar and rushed. That’s not the recipe for success, and it doesn’t help with your procrastination predicament.

Ask novelists and screenwriters about perfection on the first attempt, and they’ll chuckle—a large percentage of writers will do at least six rewrites on a single script or novel, and many do 10 rewrites or more before they’re happy with the finished product. Regardless of the number of rewrites, writers all agree on one thing: they have to spit out a rough first draft to start things off. It’s never pretty, and it’s rarely creatively satisfying, but it’s arguably the most important part in the writing process.

Once you have a rough draft on a project, you have something to work with—strong parts can be refined, weak parts can be reworked, and some parts can be cut altogether. Soon enough, you’ll have a project that’s polished from start to finish—and it all began with your humble first draft.

Step away for a moment. 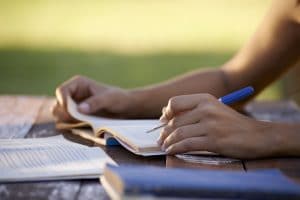 Sometimes, completing a project is less about when to get started and more about how to get started. We all stress about putting the first words to paper, knocking out the first questions on a homework assignment, or formulating our first ideas for an oral presentation—and more often than not, we’ll beat our proverbial heads against the wall for hours in our workspace, failing to take the first step.

If this is happening to you, it’s time to jog your brain and step away from your project for a few minutes. Go outside and walk your dog, have a beer or a cup of coffee, get your grocery shopping done, or space out with some Netflix or video games for an hour or two. Taking your brain off of the task at hand for a short period of time will relieve some of the frustration you’re facing, and it’ll give your mind a fresh perspective when you return to your workspace to get back to work.

Set your own deadlines.

This might sound counterintuitive to those of us who have trouble with self-control and focus—but sometimes, the greatest way to find inspiration is to place yourself in a battle against the clock. What better way is there to put pressure on yourself than to give yourself a non-negotiable deadline?

For procrastinators, this can be an extremely effective tactic.  When you put yourself in a now-or-never, do-or-die situation, your brain is forced to amp up its focus and clarity, your body is hit with a pinch of adrenaline, and ultimately, you come up with some sort of idea to get your project done

Take advantage of this biological phenomenon—but instead of waiting for the actual class deadline, set your own deadline beforehand and stick to out. You’ll find inspiration in a hurry, and you’ll have extra time to make some tweaks to your final product before your teacher-assigned due date comes along.

That’s it for part 1 our series on defeating procrastination! Stay tuned for part 2 of the series, and check out some of our other blogs in the meantime!

Tips For Adults Going Back to College, Pt. 3 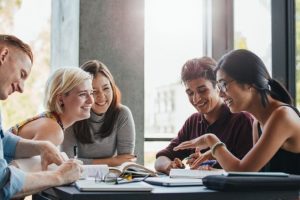