As the CLEP study guide experts, SpeedyPrep knows a thing or two about the value of CLEP tests. By taking advantage of CLEP exams to earn college credit, you can save semesters of time, learn faster than ever before, and of course, save thousands on college costs.

But how much money can you really save with CLEP exams? What is the total cost breakdown when it’s all said and done?

In this blog, SpeedyPrep will break down the average costs of college and how they compare to the costs of CLEP exams. It’s no surprise to us or anyone else that the savings are jaw-dropping!

An Outline of College Costs

College costs are based on more than just tuition—textbooks, room and board, and time (yes, time) play a huge factor in the overall cost of college when it’s all said and done. Let’s compare CLEP costs to each of the major expenses that are incurred during the college experience:

Tuition is the usually the largest expense of the college experience—after all, college classes are the reason you go to college, right? But those costs can become a massive financial burden, especially if you go to an out-of-state or private school, or spend longer than four years in school (the average student in 2017 spends six years in school, according to a study by Complete College America).

Let’s break down the costs of tuition and fees a bit further with data from The College Board:

According to the same Complete College America study, students who graduate from school in six years spend 40 percent more than those who graduate in four years. Let’s not forget that tuition isn’t getting any cheaper—college tuition rises at a rate of roughly four percent every year. Not exactly ideal, especially if you’re trying to avoid a decade or more of student loan payments.

For those who opt for a more traditional college, the costs rise even higher with the addition of room and board costs. Many colleges and universities require the large majority of their students to live on campus for at least one year (sometimes two years) before they can move off campus, and there’s a financial reason for that. According to collegedata.com, colleges usually charge anywhere between $10,440, and $11,890 per year for room and board. Tack that onto the price of tuition, and you’re looking at an annual bill over $25,000, and even over $40,000 in some cases. 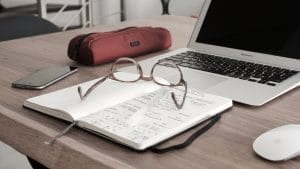 Ah, textbooks—the sneakiest expense in the college world. Just when you think you’ve come to grips with your college bill, you’re expected to pick up textbooks straight out of pocket. According to The College Board, college textbooks average about $1,250 per year, which could cost you upwards of $5,000 over the course of a college career. Spend an average of six years in school, and you’d spend roughly $7,500 on textbooks out of your pocket.

By taking advantage of CLEP exams, you have the potential to save big in a variety of ways. Let’s explore the possibilities of how CLEP can make your college experience faster, cheaper, and easier.

Save Big on Tuition

A CLEP test costs $85 and earns you three credit hours (sometimes more)—that’s a drop in the bucket compared to the $325 or more that you could pay for one credit hour in a typical college classroom (around $975 per course). That’s an average savings of $890 per course! Add in the $194.61 you’d spend for a year unlimited access to all CLEP study guides and materials, and you’re still saving hundreds on each and every course!

If you’re tackling college credits via CLEP exams, you might just be able to put off college room and board expenses all together! If you’re working on CLEP exams exclusively, or combining CLEP exams with a college class or two, you could earn the classification of “part-time” student, which could help you avoid those on-campus living rules we talked about earlier. Depending on where you live, you could save tons of money on living expenses by living off-campus, and you’d have the flexibility and comfort of working on your CLEP exams in a place that’s much quieter and more comfortable than the dorms! 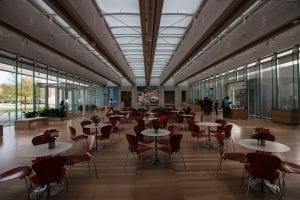 You’ll probably have to pick up a textbook or two when it comes to your upper-level classes—but using SpeedyPrep to learn college course material could save you hundreds per year on textbooks! One year of SpeedyPrep gives you access to all CLEP courses, and it costs you $194.61—less than a fifth of what it would cost for a year of buying textbooks. Plus, SpeedyPrep courses help you learn the info that’s going to be on the CLEP exam, so you won’t have to worry about digging through the overwhelming amount of info in textbooks that might not be relevant to you on the CLEP test.

The more student loan debt you rack up, the longer it’s going to take for you to pay it all back. This wouldn’t be an issue, if it weren’t for the the fact that student loan debt incurs interest over time. Direct unsubsidized loans for undergraduates have an interest rate that hovers between 3.76 percent and 4.66 percent—and that interest can spike your student loan bill when it’s all said and done. According to a study by the One Wisconsin Institute, the average college student needs 21 years to pay off their student loan debt—and that can add anywhere from $7,000 to $12,000 onto the final college bill.

With CLEP exams, you can shorten your college experience and avoid semesters’ worth of tuition, minimizing your student loan debt and helping you pay off your loans faster. You’ll avoid the long-term buildup of interest, and will have paid much less when it’s all said and done.

Save Money with SpeedyPrep Today!