Bill Gates, founder of Microsoft and a multi-billionaire philanthropist, has devoted his life to revolutionizing education, from the ground up.
A few years ago, Gates and his wife founded the Bill and Melinda Gates Foundation to promote their cutting edge education philosophy. They’ve gone so far as to say that the entire American public education system is broken and needs to be replaced.

Now Gates is turning his attention to higher education. At a technology conference, he recently said, “Only technology can bring [college tuition] down, not just to $20,000, but to $2,000.”

While Bill Gates may not be aware of the CLEP™ & DSST™ tests, his dreams for a $2,000 tuition have already come true.

Since these exams cost around $100 for three to twelve college credits, a student could earn around 80 credits for Gates’ $2,000 tuition wish.

Gates is right, except that testing out technology has already changed the higher education game.

To achieve great things, two things are needed: a ... 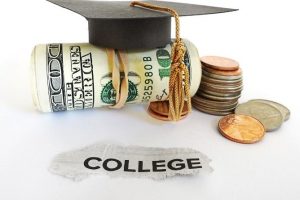 Testing Out: One Solution for Reducing College Debt